Near Qishan Mountain, there is a little town called Fu Feng, which is nicknamed the “City That Never Turns Dark”. There, lies a legend of the “Lit Lamp Murderer”. Wen Ning arrives at Fu Feng, and he realizes the abnormality of the town; the whole town is filled only with the weak and sick; and is very run down. When the night arrives, Wen Ning purposefully lit up a lamp to attract ghost shadows. Just as he was about to capture them, a ray of blue sword light appears and the black shadow disappears. Wen Ning looks up, and sees his nephew, Lan Sizhui. Wen Ning and Lan Sizhui decides to work together and solve the mystery and capture the culprit behind the mysterious incidents. 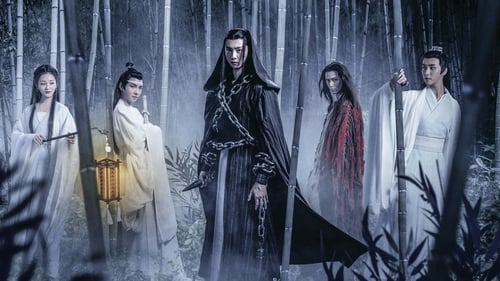